You Know Nothing About Food 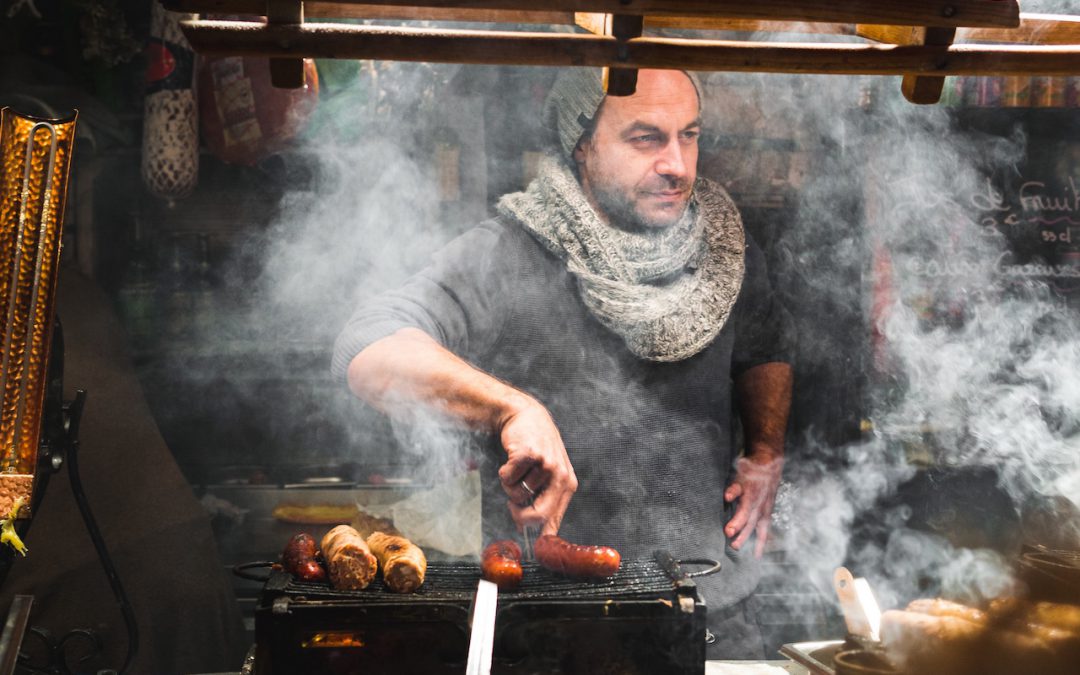 They say you are what you eat, well this could not be more true of Australians who are generally a little bit of everything. Take me for example I was born in Australia, my mother was Canadian and her parents are from Germany and Hungary. My father married my mother in London, he was born in Australia but with an Irish/British background. Now with that cocktail already in my veins I have married a beautiful Russian girl.

When I was young I was not interested in food at all, I couldn’t have cared less. Food was just fuel for me, it was my older sister’s domain the play around with unusual flavors and concoctions. I was disgusted by many of the ingredients that form the base of everything I work with today – onion, olives, mushrooms, fish, any type of pickle or relish, coffee, prawns any type of shellfish, but worst of all I couldn’t stand butter, especially on bread.

I stumbled into cooking completely by mistake, the kitchen was just a way to get out of school and the small town of Narooma on the south coast of Australia. I began my apprenticeship at the 2 hatted Bistro Moncur in Sydney when Damien Pignolet was still in the kitchen and I was just 16 years old.

I was offered an apprenticeship after completing “work experience” as part of my year 10 curriculum suggested to me by a family friend who had just completed his training. I had no idea of Bistro Moncur’s reputation or that the Owner/Chef Damien Pignolet was considered one of Australia’s great French Chefs.

I fell in love with the idea of being a chef rather than cooking itself. There were no celebrity chefs back then, no glamour attached to the industry. It was considered a hard, mysterious and often brutal profession to undertake. There were no smart phones or cooking apps, recipes were scribbled down on note pads and paper to be memorized later. Instagram didn’t exist yet and Facebook was still a few years away. This meant people still ate food while it was hot, taste came before presentation and word of mouth was everything.

It was years before I was even allowed to work with expensive ingredients like foie gras, beef and seafood. It was taught that when you learn to respect simple ingredients and develop your technique you will earn the right to handle premium products.  Apprentices could spend years working with only vegetables and basic proteins in the cold larder section before considered ready to touch other ingredients. This taught me pride and is one of the reasons I love what I do today. There is a huge difference between feeding people and being able to call yourself a chef.

I was taught to to respect and love food, it was not a choice. It was very clearly explained to me that  “Ryan, you know nothing about good or bad food”.  I had to learn to love and understand the ingredients I though I hated. I understood that poor product or cooking methods can destroy single ingredients for a lifetime a guests eyes.

I accepted that hours of hard work and care will disappear in minutes for another persons enjoyment and nourishment. I began to understand the emotional connection between food and comfort and why us humans craved certain experiences over and over again

But time & time again I realize in the scale of things I still know nothing about food.