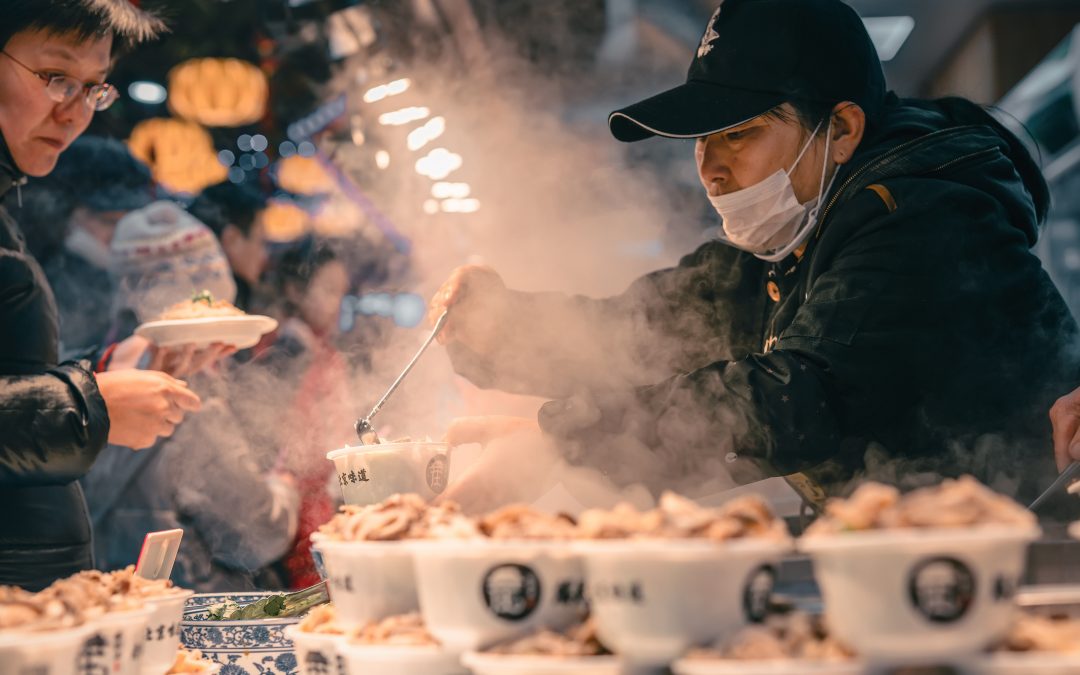 I guess this article comes from my own thoughts on how we identify with food, not only taste and preference but other influences and historical relevance. Cultural significance will forever be part of a countries food identity, food itself is possibly the most recognizable part of any countries identity. But today the culinary world is an open book and every one is eating everything, which means the way we identify with food has changed. Kids today grow up in households surrounded by a multitude of foodie experiences. Forget generation Z if you ask me it’s “Generation F” – a super connected generation of foodies, wether they know it or not.

Food identity is complicated and hard to define, I guess it’s the way we connect with food and food’s relation to our lifestyle, preferences, and culture. Your food identity is influenced by where you eat, have eaten and who was cooking. It’s also relative to where you have lived down to the very city or town and how extensively you’ve travelled or lived abroad. Unless you’re a native your expectations of authenticity are incomparable and people can identify with similar foods in completely different ways. Food identity is cultural but also very personal, it’s affected by dietary choices, religion, habits and your lifestyle in general. 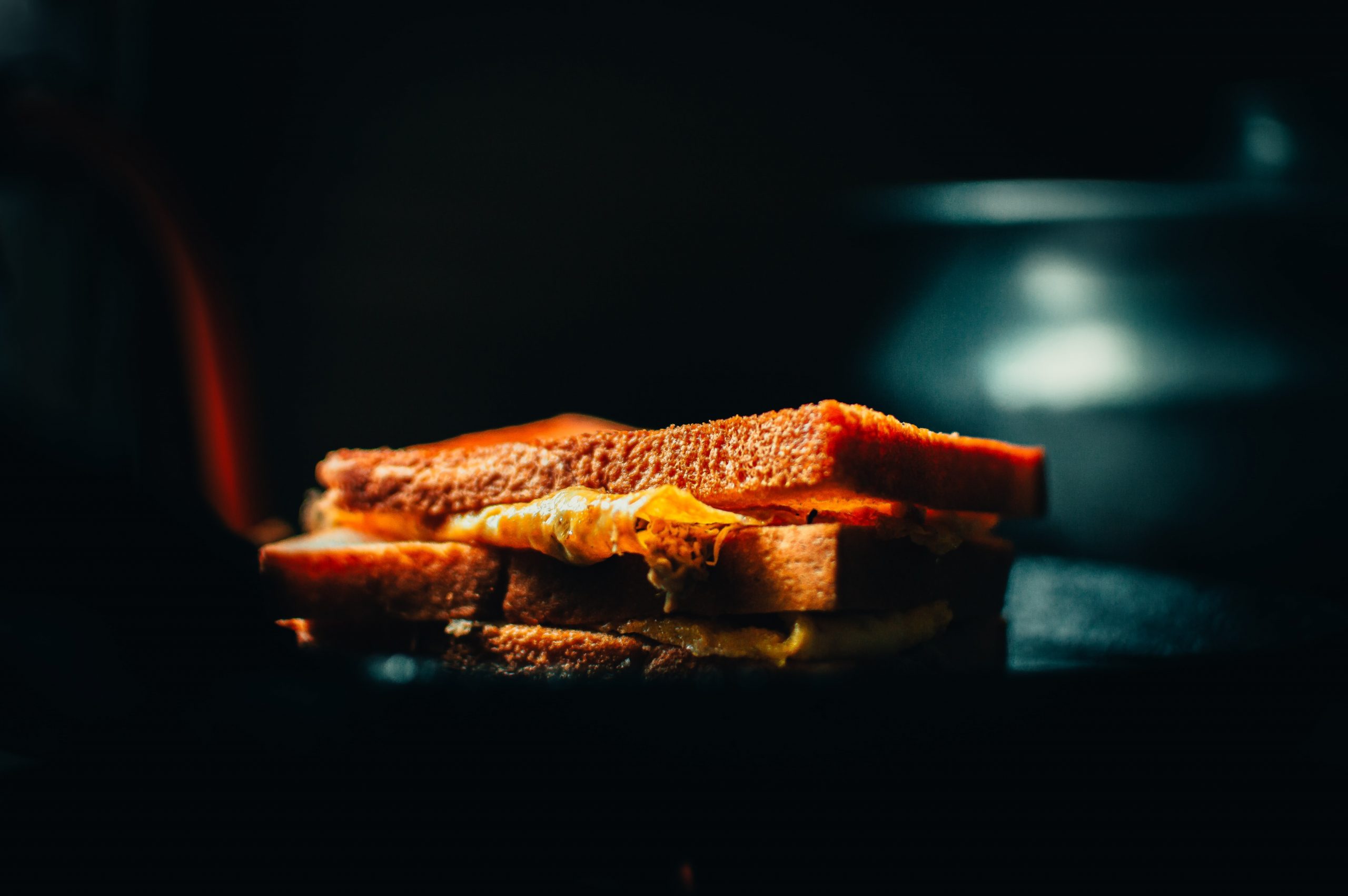 Food identity in the modern age is like making a toasted cheese sandwich, the more you learn the more complicated it becomes. It simply begins as melted cheese (any cheese) between bread that’s handed to you as a child, dangerously warm and deliciously satisfying. As you grow the way you identify with food grows as well, you become more particular on what type ingredients and how its prepared. Later again it’s a certain cheese with your favorite bread from a particular bakery in the right quantities. Then behold just cheese is not enough you need a pickle to balance the fat, maybe dash of sriracha or Dijon mustard for added umami, American cheese (40% for melt) and Gruyere (60% for flavor), the bread should be crusty sourdough thats grilled in a cast iron skillet with lots of French butter until crispy on the outside with a melting gooey center.

My rambling thoughts below are mainly focused on European cuisines (western, southern and central Europe) and Asia (south east, east and northern Asia), it’s is a  broad topic and i don’t want to generalize any more than I already am. I wont even bother referencing any Middle Eastern, Indian, African or South American cuisines as my experience there is very limited. I want to discuss the very, very brief history of food and the way tradition and knowledge was shared to create the authenticity we associate with food today. Also it makes me wonder was original authenticity based off overwhelming popularity? The ingredients? Or was it more about who created it and when? 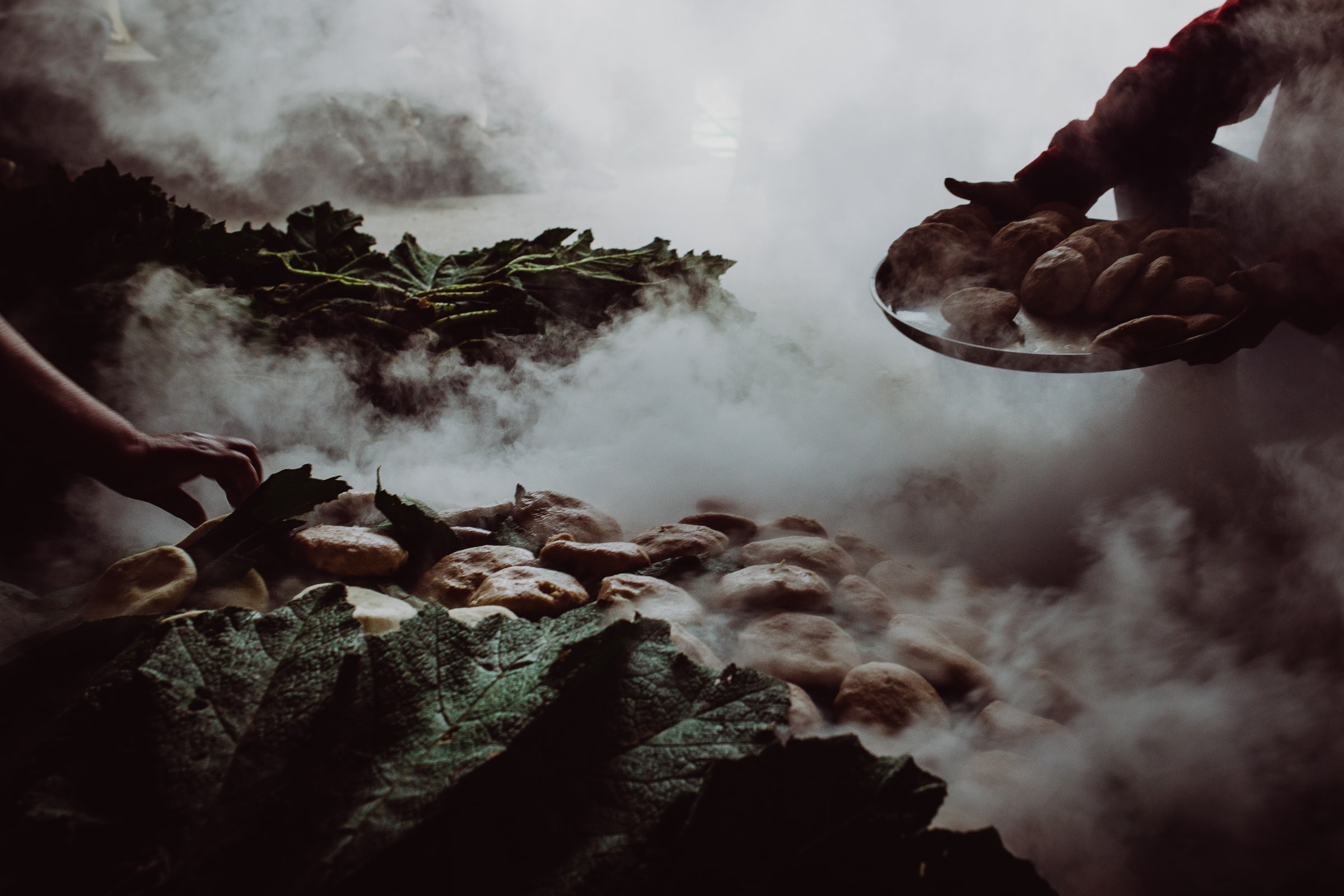 A lot of new world countries with a shorter culinary history (or less culture) are more accepting of progressive cooking and modern technique. Its especially visible with western styles but also Asian varieties that are nearly always labeled as “modern”. Modern meaning: made using the most recent ideas, methods and technology. If you think about the definition in relation to  modern life it’s the natural progression or evolution of ideas through modern techniques.

But why our need to attach the word “modern” when referring to food and other arts? Almost like a warning sign, eat at your own risk. With electronics, education, science, cosmetics, cars, fashion, infrastructure “modern” is the expectation, not a label. We the consumer always expect constant improvement and innovation. We crave the latest version or update that’s been fine-tuned and developed over time, modernizing for many things is constant, natural change.

Maybe it comes down to the fact that food is just so bloody personal? Nearly everyone preforms some method of cookery everyday, meaning we all have opinions on what we eat. Possibly it’s our memories and traditions making us hesitant to question a need for change? But were the original attempts of anything ever the best version of themselves? There will always be a craving for authenticity while our short memories don’t remind us todays classics all began as something else. 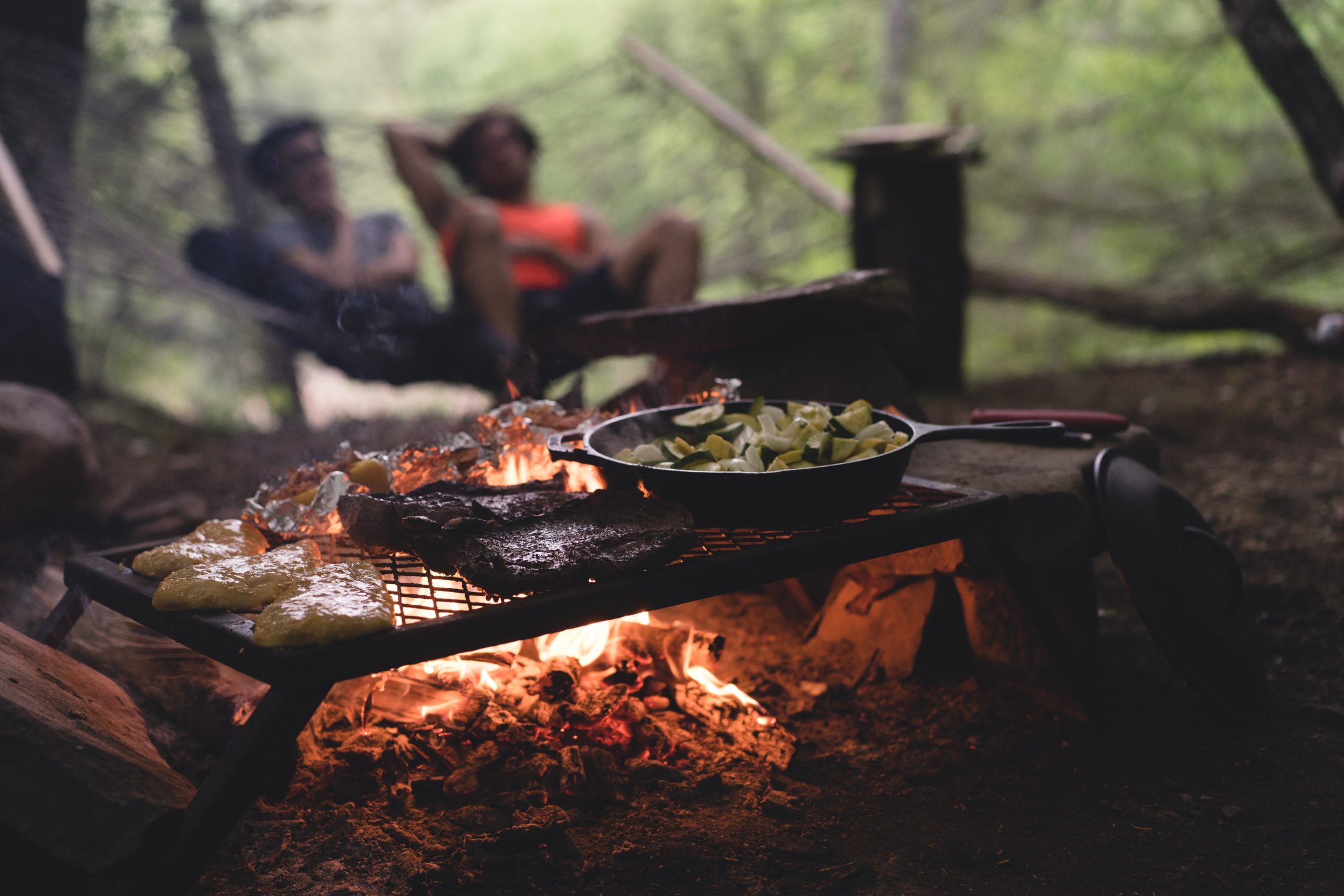 If you look back through the history of European cooking there is “cuisine classique” that’s credited to a French chef Augustine Escofier. Marie-Antoine Carême was the originator and first real celebrity chef, but Escoffier developed her work and make it more accessible. He implemented the brigade system thats now used by nearly all kitchens world wide, he simplified and modernized Grande or Haute Cuisine to make it more accessible (cuisine classique), he was the pioneer of a la carte cooking and serving dishes individually rather then all at the same time, as well as writing numerous instructional cook books and guides that are still used today.

Few can deny in terms of European cooking the French were undisputed pioneers. They invented the restaurant and to an extent the “restaurant scene”. They developed the familiar restaurant grammar and dinning etiquette we all understand today. Even as traditional French cuisine is dying other nations have raised the flag by using French techniques and applying their own flavors and ingredients. Because of the Frenchies own pride or perhaps their reluctance to change others had a chance to shine, taking French “styled” cooking into the future. Everyone is cooking like a French man, the Scandinavians, the Americans, the South Americans, the Australians, the Japanese, the British, the Chinese you name it. It may not look or taste like French ingredients but the techniques, methods, equipment and the terminology at its core it’s all French, possibly even a better version than the original. 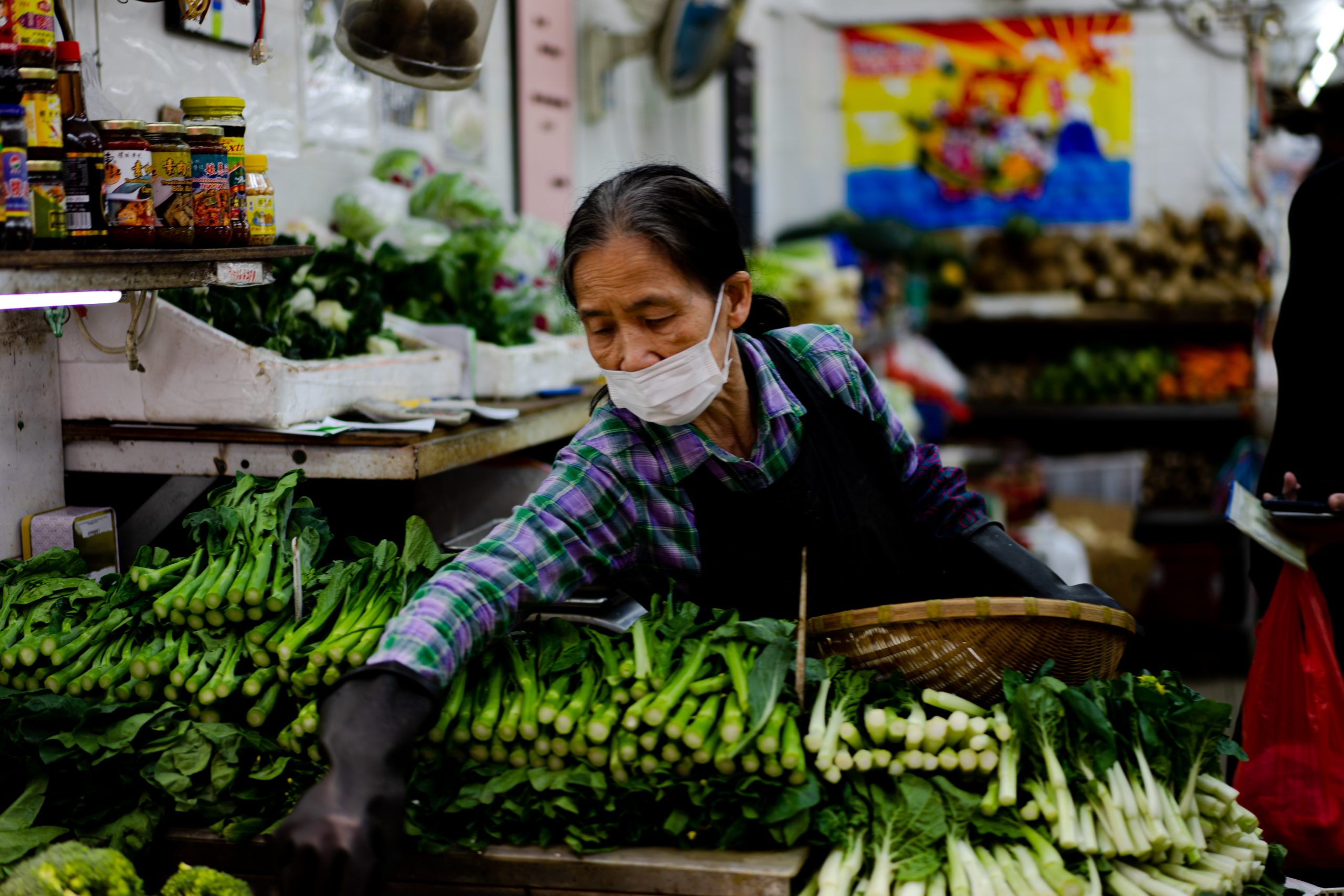 But in Asian cuisines there is no such single influential figure as Escoffier, also I feel less similarities when compared to its European friends.  Asia evolved more naturally and slowly over time borrowing from each other as well as its European visitors. For example there were no Thais picking chilies from the garden until they were introduced via China (Silk Road) thanks to Portugueses and Spanish traders. There are no native types of Asian chili pepper, but today it forms the backbone of many South East Asian recipes. So is it Authentic or not? Imagine what Thai food would be now without the Portuguese, it’s impossible to imagine South East Asian food being mild.

China one of the world’s oldest civilizations has been the greatest single influence on Asia’s food scene. In many ways china was the mother of Asian Cuisine in the East, South East and Northern Asia, its influence in the region is unmatched. China gave Asia the wok, chopsticks, soy sauce, noodles, rice wine, tofu and all other forms of early fermentation like what the Japanese call Miso today. Also not surprisingly they were the first to cultivate rice, all of the above was later developed and refined by its neighbors to suit their own personal taste. Crazy right, the Chinese gave rice and soy to the Japanese, some would even argue that sushi itself was inspired by early forms of Chinese cuisine and later developed and perfected by the Japanese.

Chinese cooking methods and techniques where adopted by nearly all its neighboring countries, while less so in India and its middle eastern counterparts. The influence is not only because of china’s sheer size and shared borders but its citizen’s extensive migration throughout all of Asia. It’s especially obvious in the south east and northern Asian countries where many methods and ingredients are based off Chinese cookery. 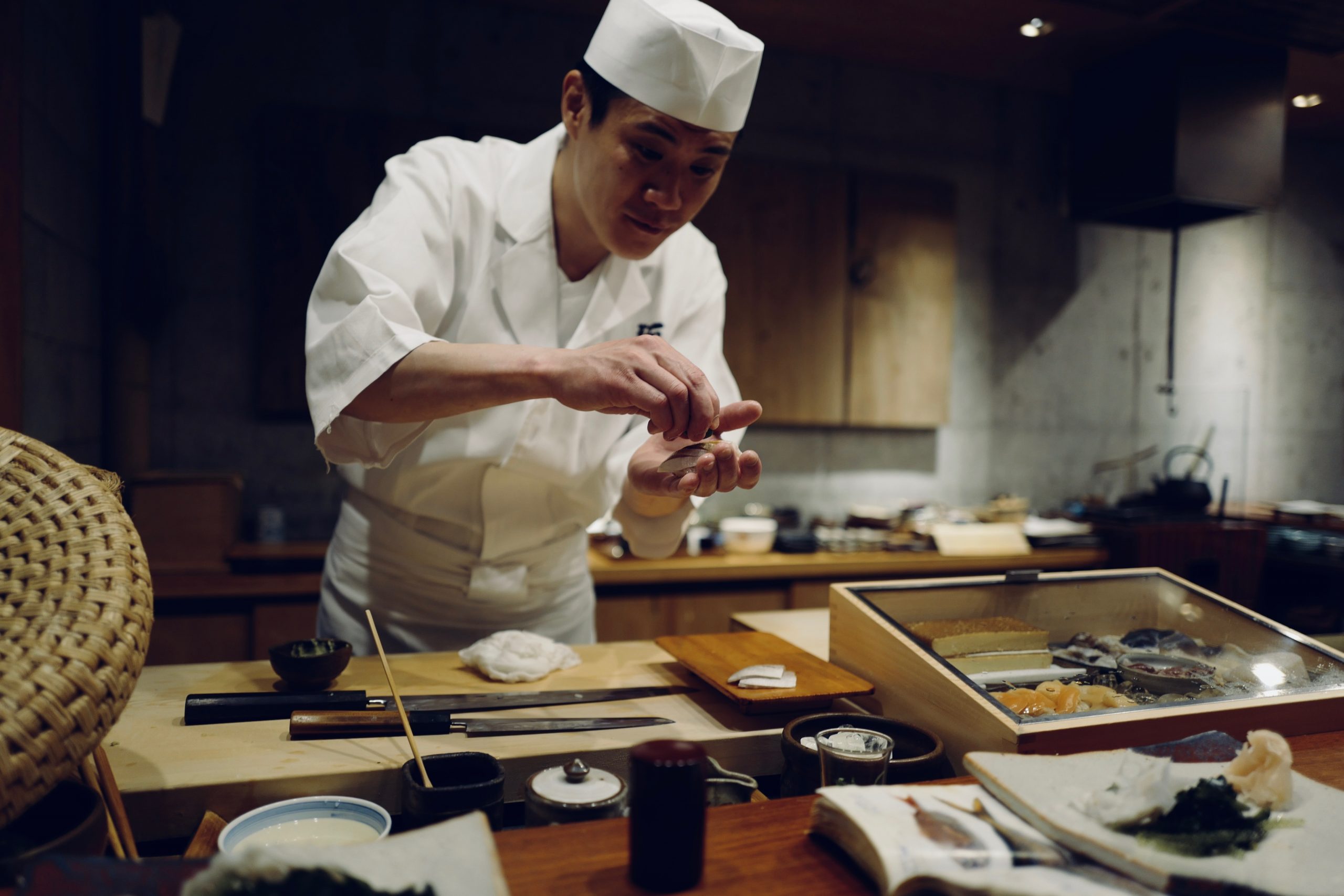 The further south or west you travel the less Chinese influence you see and taste, less wok dishes, less noodles, less soy, more dried spices, more stewed dishes, more curries and generally less Chinese technique. The slightest change begins in the far south of Thailand but as we move into Malaysia this is where it’s more obvious. China had a strong early influence in Malaysia but has been surpassed by the combined spices of Indian and the middle east. It’s these unique influences that make Malay cuisine such a melting pot. Malaysian cooking involves far less Chinese inspired ingredients as well as less wok frying or steaming. There is a distinct change in the flavor pallet and presentation when compared with Chinas more direct neighbors. As you continue even further into Indonesia the Chinese influence is nearly unnoticeable, but it’s still there, just trickier to see. Tempeh was originally created by mistake in Indonesia through failed attempts at producing Chinese style tofu. Most likely by Chinese immigrants. Wok frying, soy sauce, rice and soy beans were also introduced to Indonesia through China. 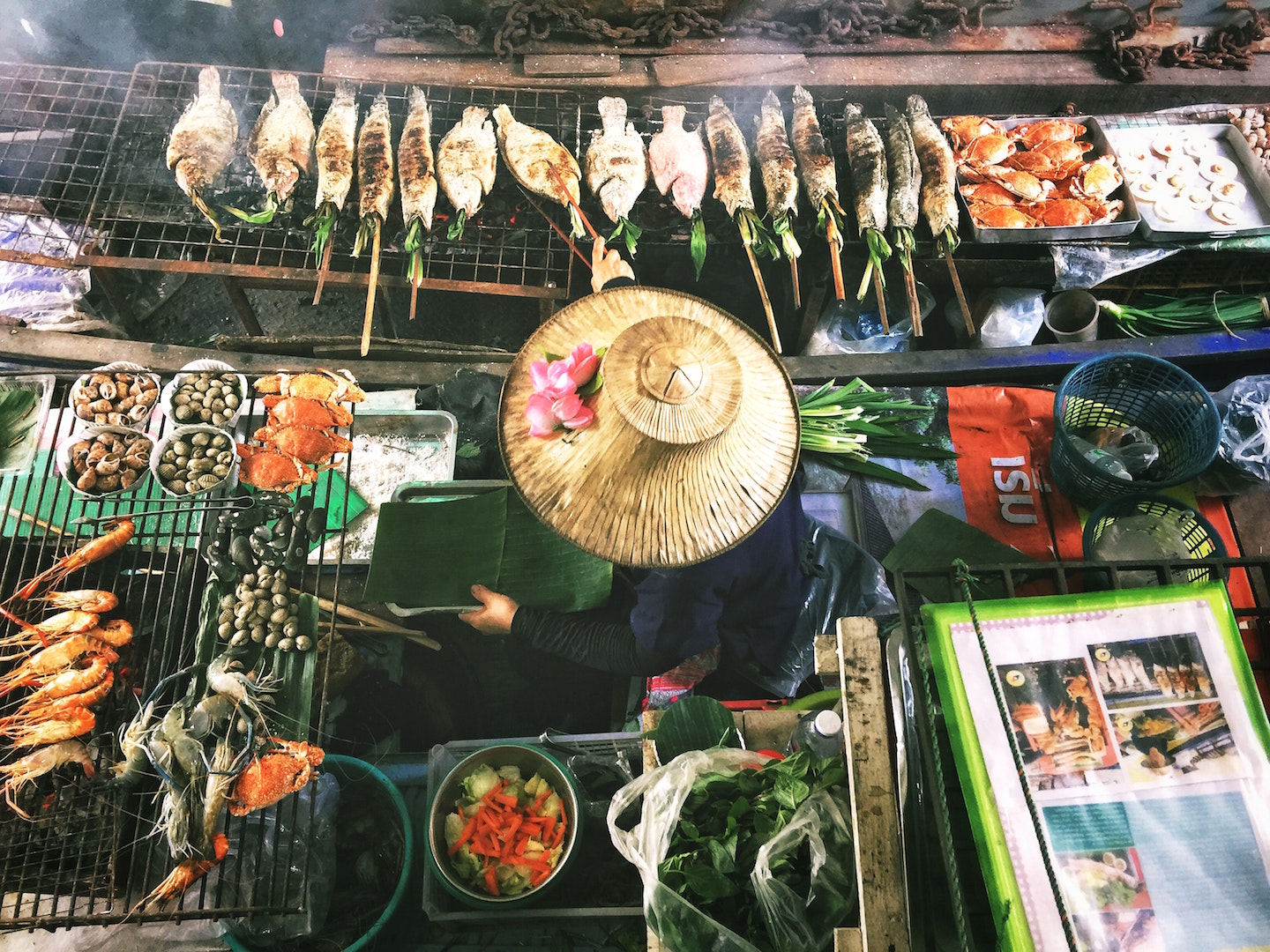 WHAT ARE THE RULES?

There will always be tension when pushing boundaries between tradition and innovation, while creativity or change is often shackled by specifications or rules. With this in mind I wonder if it’s possible to be modern and authentic at the same time or there’re simply unassuming opposites?

It seems the mystery of food is and was found closer to its origins, in times when recipes were secret and never public knowledge. Accessibility reduced the chances of “new authenticity”, time and place really was everything. While all this brings into question how we identify with food today in our fast paced multicultural world. Creativity today is immediately labeled as modern or fusion, but when has the line been crossed into creating something new? When we examine a very short history of food it was never singular or set in black and white, it always evolved.

What I understand so far: 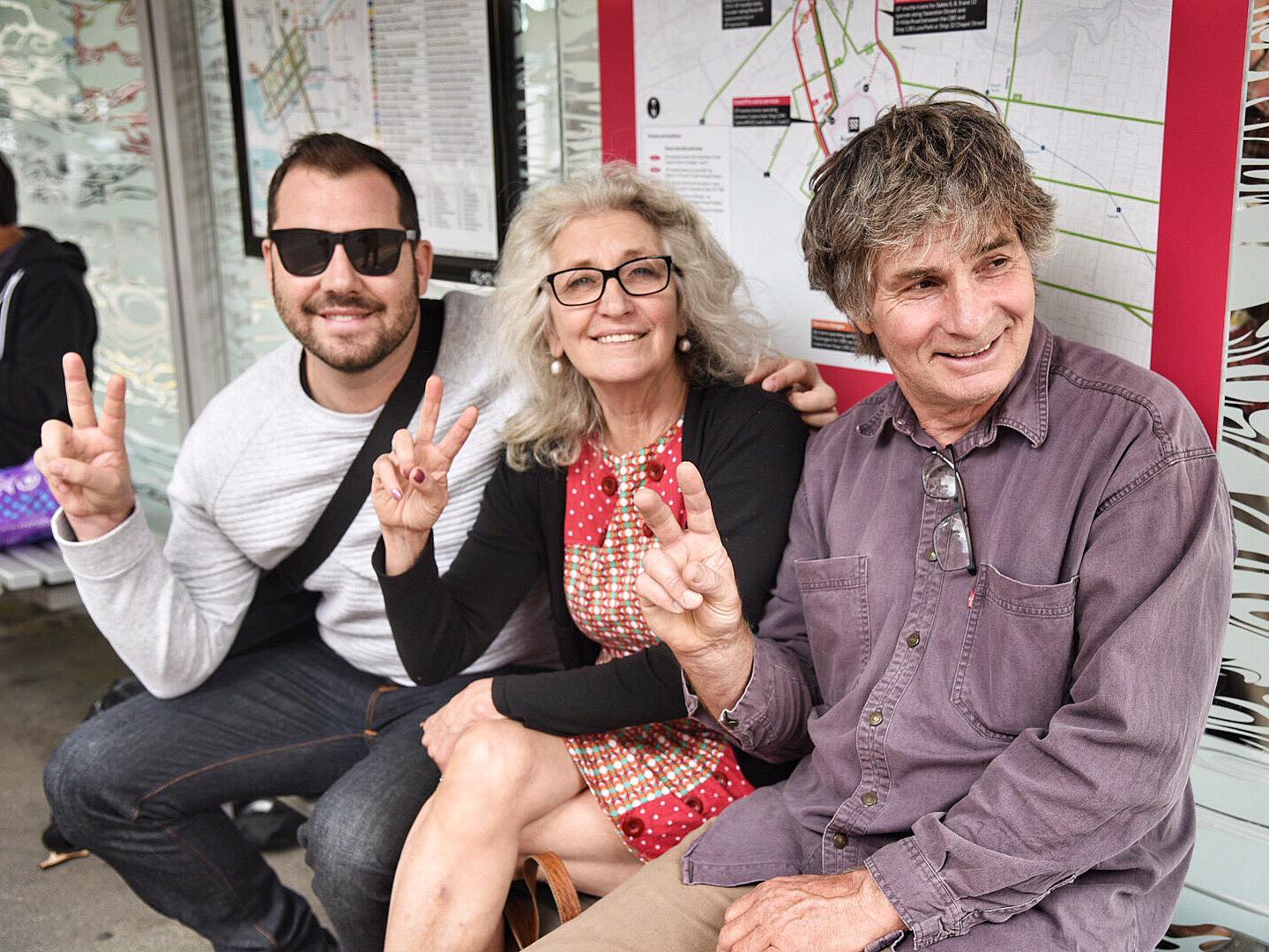 I did the majority of my apprenticeship in a French Bistro learning classic techniques and traditional recipes. I remember at cooking school i was jealous of other young chefs working in cool, more modern Asian or Australian restaurants. While they were looking up to me because I had a foundation and technique from classic training. They cooked with freedom and reckless creativity while I was methodical and practical in my preparations, both are beautiful in their own way.

As far as how I identify with food it changed so much over the years. In my case it was cooking, travel and experience that changed my relationship with food. One thing I learned about food while traveling is that immense pride is always attached to traditional meals, no matter where you go. Its so deeply personal and often connected to long, complicated histories that people cherish and don’t want to forget. Protecting these traditions and authenticity has become a way to remember and celebrate the past. While on the other hand younger generations in far off lands grow up eating certain foods with no idea of  historical or cultural relevance. They also love and identify with these foods in their own way, the same nostalgic feeling of joy with different memories and feelings attached. 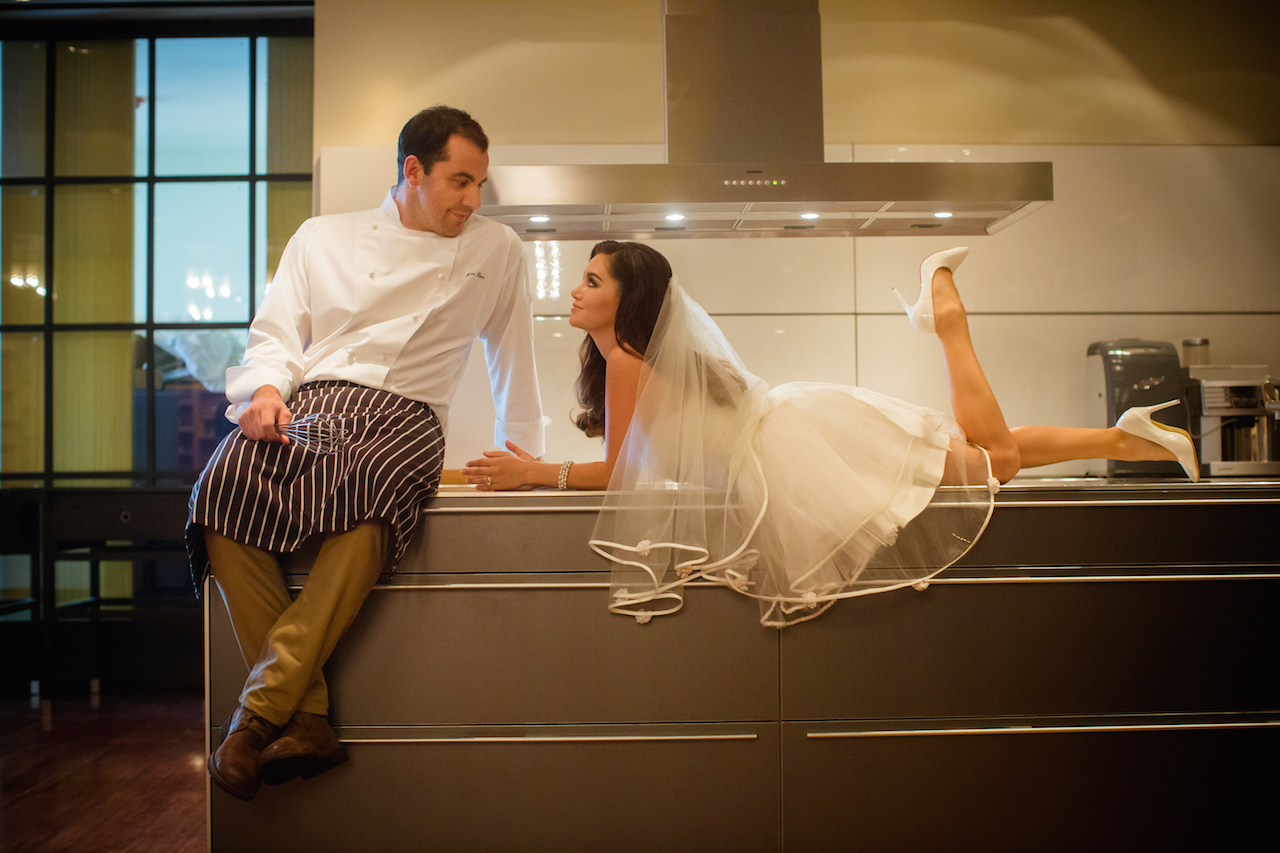 We talked about modern being the expectation of todays consumers and why food is often excluded unless labeled otherwise. I believe its not about the ingredients, the food or the dish itself but what it represents and the story being told. In an age when everything is available its not about always looking for the newest but rather reinventing the past. Take a moment to think on food experiences that you identify with personally, or the foods that had significance for you and your family. It’s often simpler moments in life that are most memorable and food is nearly always involved.